We spoke to Amazin LeThi and Michael Gunning – two Stonewall Sport Champion sports figures – about allyship in the sporting world and how everyone can play a part in tackling racism and LGBTQ+ phobia to make sports everyone’s game.

This year has been incredibly challenging for everyone; the Coronavirus pandemic has intensified existing equalities and made many LGBT+ people feel isolated. Michael, a professional swimmer, said that ‘2020 has been a standout year for us all, but we’ve witnessed the world come together in solidarity to challenge racism, inequality and injustice within our society.’

Sports has the power to bring people together and bring out the best in us. But we know that homophobia, biphobia, transphobia and acephobia remain a problem in sports and that racism continues to affect Black Asian and Minority Ethnic (BAME)/People of Colour (PoC) players and fans alike. Amazin LeThi, a global LGBTQ Advocate, Stonewall UK Sport Champion and Athlete Ally  Ambassador said that ‘2020 has been a particularly challenging year for the Asian community with the Coronavirus and global racism. Everyone must use this opportunity to be not just an ally but an advocate for the Asian LGBTQ community.’

Whether it’s slurs from players and fans or stereotypes and underrepresentation in the media, LGBT BAME/PoC face barriers to participation in sport at a grassroots and professional level. According to Kick It Out research, there was a 53% increase in reported racial abuse in professional football this year and a 95% increase in reports of abuse based on sexual orientation. Rising levels of transphobia in sports also stands in the way of trans BAME/PoC athletes from thriving. There is much more work to be done before sports is everyone’s game.

Stepping up as an ally to LGBT BAME/PoC in sports is a long-term and ongoing commitment. But these five tips from Amazin and Michael are a great place to start:

1. Listen to, believe, and uplift LGBT BAME/PoC people in sport.

Amazin: Sports should be welcoming for everyone regardless of race, sexuality, or gender identity and or expression. With so few British Asian athletes at professional level and no openly out British Asian LGBTQ athletes we must make sure to find ways to uplift and amplify Asian LGBTQ voices and role models in sports.

Michael: Regardless of the colour of your skin or your sexuality, every voice is invaluable and it’s so important to take time out of our normal busy schedules to listen, uplift and motivate one another’s achievements. Having role models that look/dress/act like you is vital when influencing the younger population, and ultimately changes the stereotypes before it gets too late.

2. Being a visible ally and encourage conversations at school, work and within your sport.

Allyship isn’t just wearing a rainbow pin or marching in pride once a year because we are LGBTQ 365 days a year. It’s about being our champion when we are not in the room and always calling out anti-LGBTQ and racist language when it happens because no one should be made to feel less than because of their race or how they identify.

Amazin: Being an active visible ally and advocate in the athletic community encourages others to do the same. Encouraging conversations around LGBTQ equality and allyship helps to foster an inclusive and safe sports environment for LGBTQ athletes to be openly out in sports.

Michael: As an athlete, it’s important to remember that training is our workplace and we need the same level of respect, professionalism and support in order to thrive in our environments. Having visual allies encourages more conversations to be had and gives people/athletes a chance to live their authentic selves in their own environment.

3. Educate yourself about homophobia, biphobia, transphobia, acephobia and racism in sport.

Amazin: Asian LGBTQ athletes face multiple layers of discrimination because of race, sexuality, gender identity and or expression. It’s important to education yourself on inclusive language because the language that you use is so impactful on the LGBTQ community. Don’t be afraid to ask questions and always call out anti-LGBTQ and racist language when you hear it.

Michael: It’s so important not overlook cases of homophobia and racism, especially within sporting environments, as this is sometimes the only place people/athletes can go to feel themselves. The language you use and the way you treat people can have lasting effects on one’s mental health, so it’s vital we continue to learn to educate one another.

4. Recognise and use your privilege.

Amazin: Check-in regularly with your own privilege and realise that minority groups may not have the voice you have in the athletic community. Wherever possible use your voice as an ally to uplift and amplify the voices of Asian athletes.

Michael: We are all learning new things every day and I too am not always familiar with some LGBT language and BAME phrases, but after conversations and learning from others, I make a careful effort not to offend people and love hearing new perspectives and it inspires me to be the best ally too.

No-one should ever be made to feel like they can’t be themselves, and allyship plays such a big part of that because it’s important to feel accepted in the life that we live.

Amazin: There is a stereotype in sports that Asian people are geeky, slow, and not built for being athletes. I never had any role models in sports that looked like me and was bullied for being Asian and LGBTQ in sports. Role models present a positive image for Asian kids and lets them know that they aren’t alone and reminds them that they too can thrive through sports.

Michael: People have said to me that ‘black people don’t swim’ and that I’d ‘never make it to the top’, but I’m so glad I never listened to them because I’ve achieved more than I ever could have imagined. Just because I’m a gay black swimmer, it doesn’t mean I can’t achieve greatness and there’s so many incredible untold stories (young and old) that deserve the right to be shared and celebrated.

Michael Gunning is a two-time World Championship Swimmer and is currently on route to competing in the postponed 2021 Olympic Games next year in Tokyo. 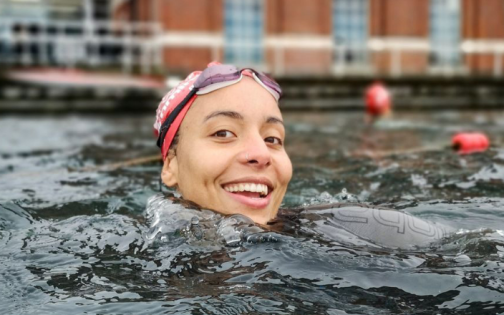 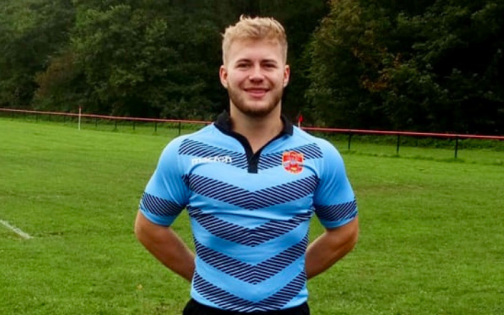 I feel part of a team again 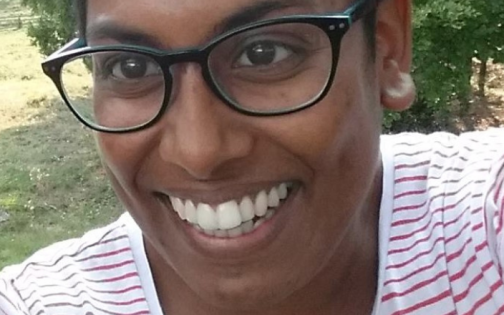 For me, football is about community, connection, collaboration and release