All of us need our human rights protected and upheld. This is a fundamental value that rises above the politics of the day.

That is why the United Nations has robust mechanisms in place internationally to ensure that National Human Rights Institutions (NRHIs) can operate independently of the changing priorities of any government.

These are known as the Paris Principles – the minimum standards required for NHRIs to meet to be considered effective and credible. For an NRHI to achieve an ‘A’ status, which allows them to participate at the UN Human Rights Council, they must be fully compliant with these principles.

We believe that recent statements made by the Equality and Human Rights Commission (EHRC), Great Britain’s NHRI, indicate that they can no longer be considered compliant with the Paris Principles, and are no longer fit for purpose as a National Human Rights Institution.

This week, a coalition of LGBTQ+ and trans focused charities and human rights bodies, led by Stonewall and supported by the Good Law Project, wrote to the United Nations and the Global Alliance of National Human Rights Institutions (GANRHI) to formally submit evidence to support calls for a Special Review of the ‘A’ status of EHRC as Great Britain’s National Human Rights Institution.

The submission is prompted by the EHRC’s recent, and significant, change in stance on the issue of trans rights. Their recent statements on GRA reform in Scotland, and the conversion therapy ban in England and Wales, not only reverse their long-held positions, but are in stark contrast to international human rights standards. The EHRC’s stance seeks to strip trans people of legal protections, and pose a grave threat to the ability of trans people to participate in daily life with dignity and respect.

The 19-page submission outlines substantial evidence that reveals the numerous ways the EHRC now finds itself falling short of international standards. It outlines a ‘complete absence’ of financial autonomy from the UK Government, and cites ‘excessive’ governmental interference – including ‘politically motivated’ appointments to the Chair and Board, many of whom have repeatedly and publicly demonstrated their opposition to the expansion of human rights, and whose appointments have drawn widespread criticism from NGOs.

The signatories of this exercise accept that UK Government policy changes based on their democratic mandate.

However, the important point of NHRIs is that they should operate according to the principle of acting independently, free from political inference, and focus on upholding international human rights standards regardless of the politics of the day.

The politicisation of GB's human rights body to take a determinedly anti-trans stance has placed trans people in the firing line.

The politicisation of the GB’s human rights body to take a determinedly anti-trans stance has placed trans people in the firing line.

But the EHRC’s attempt to create a hierarchy of human rights in Great Britain is a very real threat to everyone, particularly those of us protected by the Equality Act. That is why we have taken swift action to call for an international review, and domestically, we are calling for the Women & Equalities Select Committee to hold a review into the matter.

It is difficult to see how the EHRC can continue to hold its current status, given how compromised it appears to be, and how far from Paris Principles compliance it has drifted. We call on the UK Government to show leadership by ensuring we have a revived and truly independent EHRC that is fit for purpose.

You can support our international efforts by campaigning here in the UK. Take action in support of trans rights.

Trans in the City

“The EHRC is walking away from its duties to uphold basic human rights for trans and non-binary people. It no longer commands our confidence, and we fear what it now intends. It will take some strong and swift actions to convince us that it is on our side, actions we no longer think it is capable of.” - TransActual

“As the UK’s leading charity supporting trans people, we join Stonewall in calling on the UN to review the ‘A’ status of the Equality and Human Rights Commission. The EHRC’s biased approach to trans rights raises big questions around its integrity and so-called ‘independence’. The EHRC uses its ‘A’ status as evidence of its credibility on its website – a credibility that creates an authority which is currently contributing to the roll-back of trans rights in the UK. We ask for a thorough examination of the EHRC through the lens of the UN, because the public deserve an impartial watchdog, not one that drives government agendas.” - Mermaids

"As independent human rights organisations we must uphold human rights equally, regardless of political whim or public opinion. The EHRC’s recent announcements however, run contrary to this basic principle. Far from pushing UK governments to go further and strengthen equality and rights protections for LGBT people it is calling for UK governments to pause their plans. It has also made suggestions about conversion therapy which actively undermine the health and well-being of trans people in the UK right now. The departure from its purpose is as staggering as it is unacceptable. The EHRC’s role as a National Human Rights Institution must be reviewed.” - Martha Spurrier, Director of Liberty.

"The past years have seen LGBT and other human rights organisations lose faith in the EHRC to serve as an independent body, or one that works for the protection of our rights. It has shown again and again it will take dangerous, swingeing moves against marginalised people if it deems it politically expedient to do so. This is doubly true, as the last few weeks have shown, for the trans and non-binary people whose rights it should be standing up for, not seeking to undermine." - Gendered Intelligence

“At GIRES, our aim is to ensure that national and international legislation and practice meet the needs of trans and gender diverse people. We call on EHRC and our Government to work with trans communities now, to call out prejudice and discrimination, improve our existing equality legislation, strengthen our fight for trans human rights, in the UK and elsewhere.” - Cat Burton, GIRES Chair and Shaan Knan, GIRES Vice Chair

"The EHRC is subject to a level of oversight and micro-management from the Department which is just not consistent with being a UN Human Rights Institution. They are supposed to be independent from Government but the EHRC looks much more like a tool of Government." - Jolyon Maugham, Director of the Good Law Project

“As a national LGBT+ specialist infrastructure and membership organisation, Consortium share the serious concerns raised by member organisations and allies about the direction of the EHRC. We are deeply troubled by the threat that the EHRC’s actions pose to the human rights of trans people. We stand with all trans and non-binary people – in defending their human rights, dignity and safety – In the UK and globally.” - LGBT Consortium

“A review of the EHRC is urgently needed. As a UN-accredited National Human Rights Institution, it should operate according to the ‘Paris Principles,’ which include the commitment to promote and protect all human rights and to contribute to a world where everyone, everywhere fully enjoys their rights. We believe the EHRC fail in this. Defending trans and non-binary people’s rights, dignity and safety is critical.” - Rob Cookson, Deputy Chief Executive, LGBT Foundation

“This submission clearly sets out our concerns about undue UK Government influence on the EHRC. The EHRC also seems to be riding roughshod over the arrangements that are in place to ensure proper consultation in Scotland on devolved matters including gender recognition reform.” - Tim Hopkins, director of the Equality Network

"We are supporting this submission, because as a feminist organisation with members worldwide and one committed to equality for everyone including trans people, we are concerned and disgusted by the activities of the EHRC and its failure to support the human rights of trans people in the UK. We believe the UN and the international community as a whole needs to take action against the EHRC's threat to human rights of many groups of people in the UK." - Feminist Gender Equality Network

“The way the EHRC is constituted makes it institutionally unfit for purpose. It is subject to unacceptable levels of political and financial control and thus cannot meaningfully be regarded as an independent reviewer of human rights within the UK. This follows serious shortcomings called out previously in the Women and Equality Select Committee report as well. EHRC has now advocated multiple policies which pose a serious threat to the human rights of trans individuals. We demand a complete overhaul.” - Trans Safety Network

“Galop has significant concerns about the EHRC's views on trans rights. As the largest organisation in the UK working directly with LGBT+ victims of abuse, we believe its current position will have serious negative impacts on those we support, and on our community as a whole.” - Galop

“Under the direction of Baroness Falkner, the Equality and Human Rights Commission has proved time and again that it is no longer fit for purpose, or global recognition as an independent human rights body. We stand with Stonewall and other LGBTQIA+ charities and human rights organisations in condemning the EHRC’s failure in its mission to “encourage equality and diversity, eliminate unlawful discrimination, and protect and promote the human rights of everyone in Britain”. - Sparkle – The National Transgender Charity

“Our concerns about EHRC’s change in approach in Scotland, resulting in the potential adverse impact on the human rights of young LGBTI people, are included within this submission.  They are echoed in an open letter to Scottish Government by our Trans Rights Youth Commission who recently highlighted that “EHRC are meant to be defenders of our human rights” while clearly expressing their hurt and anger to this change in stance.  We welcome this request to GANHRI and add our voice calling for a Special Review” - Dr Mhairi Crawford, Chief Executive of LGBT Youth Scotland

"With EHRC's complete reversal on their own positions they have shown that current leadership is actively hostile to trans people in the UK and cannot be considered fit for purpose as a human rights organisation." - Gemma Dellbridge, Operations Director, Be Trans Support and Community

“Government interference with the EHRC has led to it being unfit for purpose which we believe is strategic in the UK's escalating hostile environment towards marginalised communities. A special review by the UN will give hope to many that although this small island may appear adrift, we are seen and heard by much greater countries internationally.” - Carla Ecola, Co-founder, The LGBTQI+ Outside Project

“Spectra welcomes this rigorous and detailed initiative from Stonewall calling for a special review of the EHRC. Concerns with organisational independence from government together with the failure of the EHRC to attend to issues of trans equality have eroded the EHRC's reputation, underscoring the necessity of action.” - Spectra 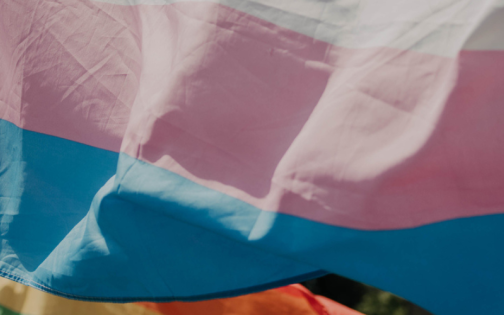 Add your name: the EHRC is not fit for purpose