Last Thursday Jamel Myles took his own life in his family home in Colorado. He was nine years old. It had only been four days since he started in the fourth grade.

Over the summer break, he had told his mum that he was gay. He talked with her about how excited he was to go to school and tell his classmates because he was so ‘proud’ of who he was. What was an initially celebratory moment in Jamel’s life took a tragic turn.

He became the victim of vicious homophobic bullying. Kids were telling Jamel to ‘kill himself’ and sadly, he is now no longer with us.

Since news of Jamel’s death broke, we’ve seen an outpouring of love and support from the LGBT community and allies. Part of what makes Jamel’s devastating death resonate so strongly is that it shows the heart-breaking reality of what life is like for many young lesbian, gay, bi and trans people at school. In Britain, nearly half of LGBT pupils (45 per cent) are bullied at school because of who they are. More than two in five trans young people (45 per cent), and one in five lesbian, gay and bi students (22 per cent) who aren’t trans, have tried to take their own life.

Jamel’s story cuts so deeply because it reflects what so many LGBT students experienced in school. The taunts of ‘you’re so gay’, hurtful questions like ‘why can’t you be normal and just pick boys or girls’, or the fear of being called a ‘lesbian’ for your haircut. These are just a small fraction of the kind of bullying that happens every day on school playgrounds and in the hallways.

LGBT people’s lives are at risk.'

While there are many dedicated teachers, schools and governments trying to bring about change and end anti-LGBT bullying, what happened to Jamel is a painful reminder of how much more there is to do. LGBT people’s lives are at risk.

In Britain, this year marks 30 years since Section 28 ushered in a dark era for young LGBT at school. By banning local authorities from ‘promoting homosexuality’, teachers were effectively stopped from talking about same-sex relationships. Unable to speak to their teachers, bullying flourished and LGBT students suffered. While this crushing law was repealed in 2003, its shadow continues to loom large, with many teachers still unsure of whether they are allowed to teach about LGBT matters at school.

Young people need and deserve an education that reflects and celebrates diversity. An LGBT-inclusive curriculum is crucial to creating a safe, welcoming environment for all students. It also helps all students understand and accept difference to create a generation who accept people for who they are.

The Government’s pledge to update the guidance for teaching Relationships and Sex Education, which was last updated in 2000 under Section 28 is a vital opportunity to meet this need.

We need everyone who cares about equality, including young people, teachers and parents to #ComeOutForLGBT and respond to the Government’s current consultation to ensure that the final guidance for teachers is fully LGBT inclusive.

School should be a place where every young person feels safe and able to be themselves. Our work will not stop until all LGBT people, here and abroad, are accepted without exception.

We cannot forget his name, Jamel Myles. Let his story and the story of every other LGBT person bullied at school move us to work even harder to advocate for equality. Our thoughts, love and solidarity are with Jamel’s family and all those who’ve been affected by this tragedy. 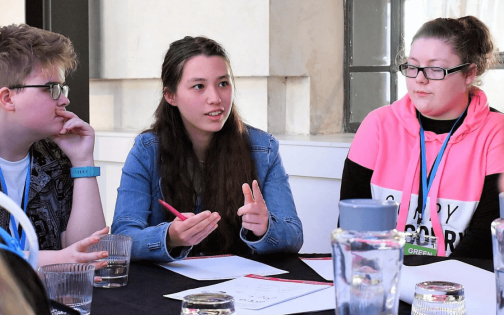