'Conversion therapy’ is a deeply harmful practice. It includes any kind of ‘treatment’ that aims to change a person's sexual orientation or gender identity.

Conversion therapy treats being lesbian, gay, bi or trans as a mental illness. LGBT people are not ill and any so-called 'conversion' therapy is unethical and unacceptable.

The practice is still ongoing.'

The Government’s recent national LGBT survey, for the first time, provides us with evidence that the practice remains quite widespread. 2 per cent of the survey’s 108,000 respondents have undergone conversion therapy, and a further 5 per cent have been offered it. And the numbers were consistent across age groups, which means that the practice is still ongoing. And the number was even higher among the trans people who had replied; 13 per cent had either been offered or had undergone this type of ‘treatment’.

This follows Stonewall’s own research, Unhealthy Attitudes (2015), which found that 10 per cent of health and care staff have witnessed colleagues expressing the belief that lesbian, gay and bi people can be ‘cured’ of their sexual orientation.

The Government have pledged to bring forward proposals after considering all options - including bringing in new laws – to end the practice. As members of the Coalition against Conversion Therapy, we’ll be working closely with the Government Equalities Office to find the best way to make sure that no LGBT person seeking support is told that they can be ‘cured’.

Today, in Parliament, we’re supporting the launch of a new Memorandum of Understanding that condemns any therapy that aims to change a person’s gender identity. The memorandum makes clear that conversion therapy in relation to both gender identity and sexual orientation is harmful and not supported by evidence. This follows the previous Memorandum of Understanding created in 2015 to condemn the use of so-called ‘gay cures’.

Trans people seeking support need to be accepted for who they are, not subjected to prejudice and harmful practice.'

The inclusion of gender identity is really significant, as trans people’s identities are still something people think can and should be debated. Trans people seeking support need to be accepted for who they are, not subjected to prejudice and harmful practice.

Supported by NHS England and NHS Scotland, this memorandum is signed by leading counselling providers and membership bodies, including the British Psychological Society, the UK Council of Psychotherapy and the UK’s largest provider of relationship counselling, Relate. Signatories pledge to train their members and educate the wider public about the risks of ‘conversion therapy’.

As a proud member and supporter of the Coalition, Stonewall are committed to supporting the Government in their pledge to end the practice. We’ll be working closely with our partners to make sure that all options, including legislation, are properly explored, so that no LGBT person seeking support is told that they can be ‘cured’, but are accepted for who they are. 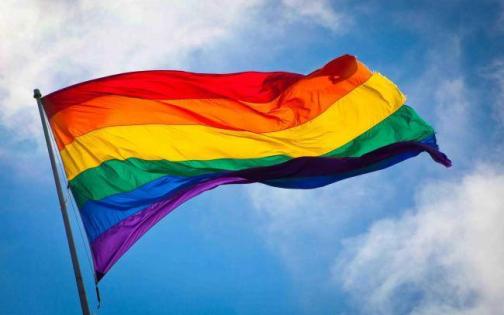