Saturday 23 September 2017 is Bi Visibility Day, which raises the question – why is there a need for bi visibility? The answer is simple.

Bi voices often go unheard or underrepresented, and bi experiences are often dismissed both inside and outside LGBT communities.

The conflation of gay and lesbian experiences with bi experiences still happens too frequently. Doing so overlooks the specific challenges that bi people face and the issues that disproportionately affect the bi community. Stonewall research clearly demonstrates a lack of visible bi role models within UK workplaces.

Research from the Office for National Statistics shows that bi people rate their quality of life as lower than any other sexual orientation. The same research shows that bi people have lower self-worth, lower levels of happiness and higher levels of anxiety. Clearly, there are particular challenges that affect the bi community more than others. These challenges deserve to be treated seriously and – where appropriate – separately.

But the problem goes beyond a conflation of bi experiences with gay and lesbian ones. It’s a question of validity. As a bi man, there are those both inside and outside the LGBT community who dismiss my identity – and that of other bi people – as a transitory phase, in my case between straight and gay; there are those who label me greedy, indecisive and unsure of what I really want; there are those who claim that my identity does not exist.

In the face of that, it’s probably unsurprising that for a long time I struggled to accept this identity. Sometimes I still have doubts. One of the hardest lessons to learn has been that my sexual orientation does not become invalid now that I’m in a committed, long-term relationship with someone of the same sex.

Because of the hostility directed at people with my identity, when I began the relationship I stopped telling people my sexual orientation. I believed I no longer had the right to say that I was bi and that pretending to be gay was not just the simpler path, but the better path. And I know that had I fallen in love with someone of the opposite sex, I would have questioned my right to even be part of the LGBT community.

This pretence led to a period of loneliness and isolation – it’s difficult to connect with others if you’re not only concealing a part of who you are from them, but are yourself struggling to accept the existence of that part.

But since joining Stonewall I’ve learnt that my bi identity is not for others to question – it is for me and no one else to own.

Even today, my family knows that I’m bi but not everyone in my life does. But since joining Stonewall I’ve learnt that my bi identity is not for others to question – it is for me and no one else to own.

Attending Stonewall’s Bi Workplace Role Models programme, where there were only bi people in the room, enabled me to explore my identity with others who had shared the same experiences and fears, and to be certain these experiences would be neither dismissed nor absorbed into gay and lesbian ones.

So this Bi Visibility Day, let's celebrate bi identities while acknowledging the specific challenges still faced by the bi community.

Come Out For LGBT by recognising not just what connects us as a community, but the differences that make us strong. 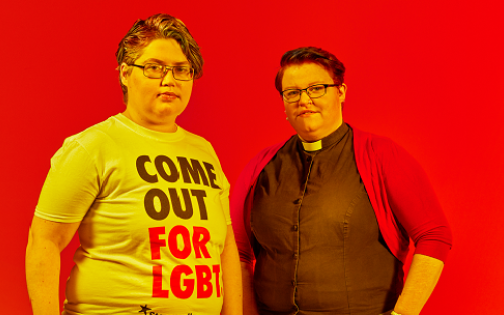