The Government’s announcement on blood donation today is an important step forward for gay and bi men.

From 2018, the period of time that men who have sex with men need to have had no sexual activity before donating blood will be reduced from 12 months to three months.

In 2011 the 12-month deferral period was a momentous move. It replaced a lifetime ban on gay and bi men donating, established in response to the rise of HIV in the 1980s. Alongside many others, Stonewall pushed for this discriminatory rule to be reviewed and overturned.

The new three-month deferral period follows renewed calls from Stonewall, Freedom to Donate, Terrence Higgins Trust, National Aids Trust and others for a fresh review by the Government’s Advisory Committee on the Safety of Blood, Tissues and Organs, to ensure blood donor criteria is based on up to date medical evidence and screening technologies.

Like most people, we want to see a system that allows the most possible people to donate safely.

We know that statistically, men who have sex with men face higher rates of blood-borne infections – an inequality that should be tackled in and of itself – and we have always been clear that the safety of the blood supply is paramount.

But it’s simply untrue to say that every gay and bi man is a high-risk donor.

Stonewall is pleased the Government and NHS Blood and Transplant Service are committed to exploring how to do this. Taking concrete steps to reduce sexual infection rates for gay and bi men would also support a safe, sustainable blood supply.

The full roll-out of PrEP across the NHS, and ensuring that the updated guidance on relationships and sex education in all schools covers LGBT issues, could do just that.

At a time when the amount of people donating blood is in decline, these steps would be the best way to ensure everyone who wants to can donate safely.

Our work does not stop at today’s announcement. Stonewall is committed to working with Government, NHS Blood and Transplant Service and other charities to create a fair system. 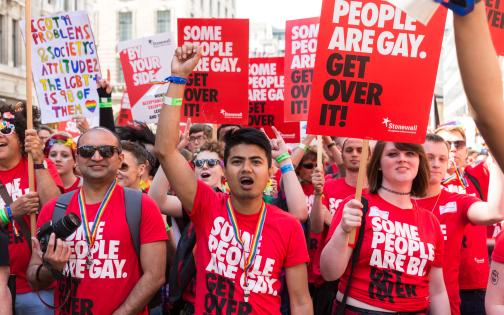 Stop the prevarication on PrEP