This Transgender Day of Remembrance (TDoR), we hear from members of our Trans Advisory Group, and what the day means to them.

All people of faith should observe Transgender Day of Remembrance because we all have lived in fear of being seen as ‘the other.

As an LGBT Jew, I will always remember humanity failing to stand up, resulting in over 11 million Jews, gay people - and countless more - being murdered for being “other”.

Let’s all be allies for each other. Let’s bring an end to the silence around gender identity and expression, making sure we do not allow any space for bigotry and hatred. Let’s create a society in which every person can live a dignified life.

As a calendar event, Transgender Day of Remembrance is arguably unequalled in delivering a sombre perspective to our daily life.

Each year we pause in memory of those murdered or who’ve taken their own life as a result of transphobia. Sometimes we gather with friends and attend services, reflecting on those lost to hatred and bigotry. We read through the list of names and the horrifying details of the manner in which their lives were lost:

“Cause of death; throat cut”

“Cause of death; shot at point blank range”

“Cause of death; blunt force trauma, set on fire”

Each year the list continues, on and on. This year the Trans Murder Monitoring project compiled a list of reported cases from October 2015 to September 2016.

Each year I think I won’t be shocked, not because the numbers or circumstances have become less sickening, but because, sadly, I’ve come to expect it. Nevertheless, each time I’m left numb at the frenzy, the intent, the brutal result.

Some died leaving behind families and friends contending with unspeakable grief. Others died alone, isolated from the world and estranged from loved ones. In either case, the loss is tragic.

With each year that passes, we revisit questions about how we tackle this. Are our hate crime laws tough enough? Do they cover everyone? Do our law enforcement organisations take enough action?

Hate crimes are widespread in society. This year Orlando stunned us. Of course, the scale of trans hate crime in North, Central and South America has been striking for a long time. We may point to a contrasted position here in the UK. But there is much more to do here and we can help elsewhere too. For example, ideas like an international LGBTI rights envoy warrant action in my view.

TDoR is a time to offer our collective condolences to the friends, families and communities of those lost. In uncertain times it also provides a moment for us to come together, to heal divides and focus on that which binds us.

So yes, grieve. Yes, remember. Yes, reflect. Then continue our work together to understand what more we can do to defeat the scourge of transphobia.

It's a day to show how much determination and teamwork goes into fighting in a war against our enemies.

To me, Transgender Day of Remembrance is about remembering the people who've been through difficult circumstances in coming out in society as the gender they always wanted to be and wanting to prove to society that they are real human beings, by saving the world from war instead of being isolated in the closet because of their real identity.

I have only been to one TDoR event several years ago which frankly left me cold, freighted as it was with what I felt was a rather remote and rather ersatz, mawkish emotion.

Yes, this is a terrible fate and yes it says so much about the way many trans women throughout the world are forced to live their lives, are abused and worse.

But on reflection, it seems to me that this is a narrow, rather limited and I believe, rather passive, defensive focus. Which for me, is one I personally find difficult to relate to, apart from the obvious - which is that violent death is an awful fate for anyone to suffer, let alone a disproportionate number of trans women.

What I think is missing is a recognition of the large numbers of trans or non-binary people living lives of quiet desperation in the here and now, as they try to live their lives as they have a right to do. A recognition of the number who suffer from depression, who self-harm, who engage in risky sex and substance abuse, who often have no way of engaging with society in their preferred persona, apart from by expressing themselves and seeking affirmation in the risky darker areas of "the community" and worse, those who finally give up the struggle.

I don't think it is an overstatement to say that such people (and there are far too many) are living in a world of darkness, pain and struggle. I think we can all identify with this either in terms of our personal experience or our observed and felt experience of what others have gone through / are going through. I encounter this a lot and indeed, one woman who was very helpful and supportive to me when I was in the early stages of coming out (though I never got the chance to tell her), simply could not stand it any longer and threw herself under a train.

This expands the notion of what TDoR should be about - in short, a call to arms, which to me, is more relevant to the reality of many trans people's lives as I witness them.

Which of course is why I think the work of the Stonewall Trans Advisory Group is so important.

It doesn't start with murder, it starts with hate.

Firstly, a disparaging thought, then a hateful word followed, for some, by physical violence. Remembering those who have been killed or driven to suicide cannot bring them back. However, in remembering those who had their lives cut short this year, we need to remind everyone where it starts. We are not born to hate. We must remember. 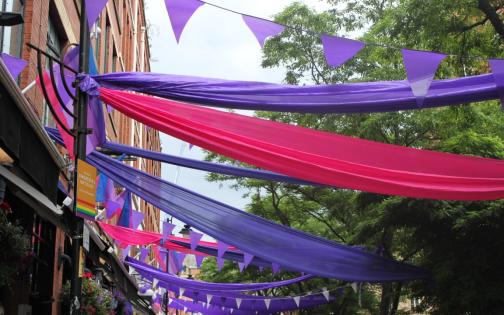 Why we need an array of trans role models 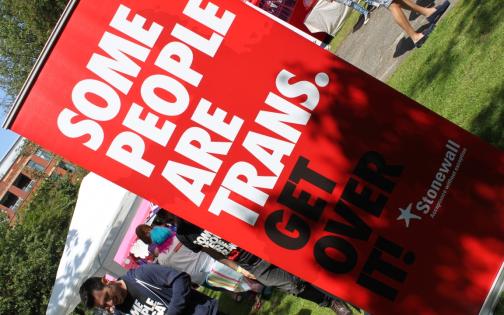