Lesbian, gay, bi and trans people face persecution, harassment and violence all over the world.

In many countries, the law does not sufficiently protect LGBT people, and in 72 countries sex with someone of the same sex is illegal.

The constant fear and experience of violence and rejection by family and society forces some LGBT people to flee countries as a last resort to survive. Many come to the UK looking for safety, and to lead a life where they are free to be themselves.

While there is no doubt the UK asylum system has improved for LGBT people, especially since our report 'No Going Back' in 2010, this report demonstrates there is still a long way to go.

UK Lesbian & Gay Immigration Group (UKLGIG) and Stonewall‘s new report - 'No Safe Refuge' – provides a unique insight into the experiences of LGBT asylum seekers in detention. Its findings are extremely distressing, exposing unacceptable treatment of LGBT people, with detention centre staff ill-equipped to provide them with a safe refuge.

Researchers conducted in-depth interviews with 22 LGBT asylum seekers and this report is the first of its kind to provide evidence of the unique experiences of LGBT people in detention.

Some participants were too afraid to be open about their sexual orientation or gender identity while in detention. Those who were open either faced isolation or abuse from other detainees. They also felt staff did little to protect LGBT detainees. Some said they even faced direct discrimination from guards.

The trans asylum seekers we spoke to said they felt particularly vulnerable while in detention. Having to share bedrooms and communal showers with other detainees forced them into situations that are unsafe, so much so that one trans asylum seeker didn’t wash for two weeks.

What this report clearly demonstrates is that detention, in its current form, is not safe for LGBT asylum seekers. There are some urgent steps that the Home Office must take to ensure all LGBT people who are seeking refuge from violence and persecution in their own country can be safe during their claim for asylum in the UK.

Firstly, we are calling on the Home Office to ensure all staff are trained in identifying and tackling homophobia, biphobia and transphobia.

Many of the detainees we spoke to said they felt staff failed to protect them from discriminatory abuse. LGBT detainees were also reluctant to talk to staff about problems they were experiencing, and some heard inappropriate remarks and behaviour from staff based on their sexual orientation or gender identity.

This is simply unacceptable. Training for detention staff to understand the wider impact of their actions and language, and to be able to spot homophobic, biphobic and transphobic abuse is imperative as it is this exact abuse that has forced these LGBT people to seek asylum.

In addition, the Home Office must ensure that all private firms contracted to run detention centres provide robust training, and have a zero-tolerance approach to discrimination and abuse. Solitary confinement is also a totally inappropriate way of ensuring the safety and protection of LGBT people, and this should be stopped immediately.

Ultimately, we believe that the UK needs to develop and implement alternatives to detention as a matter of priority, drawing on international best practice.

Holding LGBT people in detention centres that do so little to protect them from the very abuse and discrimination that they are fleeing is wholly inappropriate.  The interviews we conducted all led to the same conclusion - that the Home Office should end detention of LGBT asylum seekers.

At Stonewall, we are committed to working with international activists so that people do not have to live with the daily threat of violence and discrimination.

But while LGBT people are forced to seek asylum, we urgently need to address the system in the UK that’s meant to support them.

Being a gay activist in Russia

LGBT Uganda, we are by your side 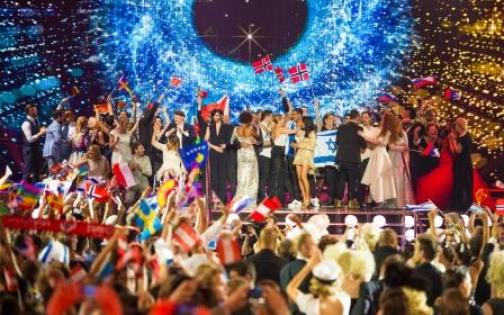 And our twelve points go to...