I’ve been working since I was 15 years old. So has my partner, Judy. We met when we were both serving our country in the Army, but we’d both had a variety of jobs before signing up and did so again when we left.

Judy suffered PTSD and hearing damage during her deployment so worked part time. I became an ambulance driver, eventually qualifying as a paramedic but was forced to give it up as the lifting damaged my joints. I then worked for another ten years as first aid trainer.

We’ve worked all of our lives but because of changes to the pension laws which have increased the age at which women can claim a State pension, we never get any closer to retiring. We now have to scrape by on £800 a month between us, with only credit cards to make up the shortfall. For the moment anyway; even that route will be closed to us once the cards are maxed out or we miss our repayments. What happens then doesn’t bear thinking about.

We feel short-changed after working for so long.

It doesn’t help when you actually agree with the changes made to the law either. The 1995 State Pension Act increased the age at which women could claim a state pension from 60 to 65 – exactly the same as it is for men.

I’ve lived my whole life believing in my right - as a woman and as a lesbian - to be treated the same as everyone else. So even though it would mean a longer working life for me, I thought the change in the law was fair.

The way the changes have been brought in has been anything but fair.

But the way the changes have been brought in has been anything but fair.

As a result, hundreds of thousands of women born in the 1950s, many of us lesbian, bi or trans, are struggling to keep our heads above water. Even if you’re in a couple, like I am, the effects are devastating as we’re both caught up in the changes. For single women, regardless of sexual orientation or gender identity, the hardship is just as severe.

The changes to the law would have come as a complete surprise to many of us. I didn’t receive a single letter about the changes. And, as I was in employment, I had no dealings with the benefit office so had no word from there either. Just before my 60th birthday, I checked my pension forecast only to discover my retirement age had been put back for over two and a half years. When I reached the new age, another pension forecast put my retirement back to 63 years and 10 months. When I got to 63 years and 10 months, the same thing happened again; my retirement was postponed until I reached 65 years and four months.

When I first started out in the world of work in 1969, I thought I’d be retiring at 60. The reality is I won’t actually retire until July 2019. That’s an extra nine years of working. By the time I do eventually retire, I’ll have worked for 50 years. Judy is in exactly the same position.

Finding work isn’t easy, even if you’re physically capable. But I have two life-shortening illnesses, including degenerative lung disease. As I’m not entitled to sickness benefit, I have to work – but that’s easier said than done. Countless women are now caught between claiming job seekers’ allowance and zero hours contracts.

For me and Judy, getting through each day is a struggle.

For me and Judy, getting through each day is a struggle. All of our savings are gone. Judy’s army pension is just £25 a week. Despite having diabetes induced by medication prescribed for her other ailments, she was declared fit to work. She now works 8 hours a week on the minimum rate.

We’re £5,000 per annum short of the poverty line. We should not have to live from hand to mouth after a lifetime of work.

Stonewall’s recognition of the double impact felt by women in same-sex relationships is a welcome boost to the Women Against State Pension Inequality (WASPI) and to the morale of many lesbian, bi and trans women affected by the changes in the law.

Not just in terms of ensuring people can eat and keep a roof over their heads. But making those lives meaningful and enjoyable too. After 50 years of work, that really shouldn’t be too much to ask, should it?

Find out more about the WASPI campaign. 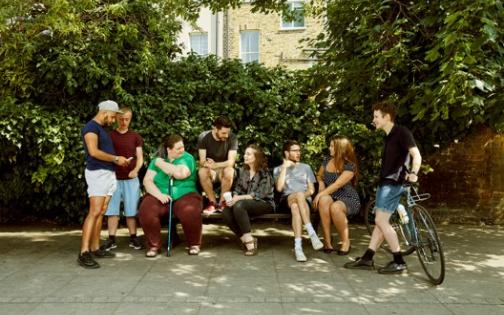