Today is a big day for the Human Rights Act, as it turns 20 years old.

And at Stonewall, we want to celebrate everything the Human Rights Act has done for LGBT equality in Britain today. Thanks in part to these vital human rights protections, LGBT people now have the right to live and work freely, love who they want to love and be who they truly are.

To mark this important anniversary, we’ve been looking back at just a couple of the ways the Human Rights Act has helped to advance LGBT equality, one milestone at a time.

In 2002, the Court of Appeal ruled in favour of Juan Godin Mendoza in the case of Ghaidan v Godin-Mendoza, affording same-sex couples the same protection in tenancy agreements as different-sex couples. Previously, the Rent Act 1977 stated that only a person living with ‘his or her wife or husband’ could automatically take over the tenancy if their partner dies. However, thanks to the Human Rights Act, the Court of Appeal ruled that this case violated Juan’s right to protection from discrimination, and the law was later amended in 2004 when the House of Lords upheld that decision.

In the same year as the Court of Appeal’s ruling in favour of Juan, a trans woman named Christine Goodwin appealed to the European Court of Human Rights that her right to a private life and right to marry had been violated. Despite living and working as a woman, in the eyes of British law, Christine was still considered a man. This meant that she could not draw a pension at 60 and felt unable to use her birth certificate as a form of identification, which stopped her from accessing benefits like winter fuel allowance.

Significantly, the law also prevented her from marrying a man. The European Court of Human Rights ruled that her right to respect for private and family life (Article 8), and right to live free from discrimination (Article 14), were being denied in the UK. This led to the introduction of the Gender Recognition Act in 2004, which (while now in need of serious reform) gave trans people the right to be legally recognised for the first time in UK law.

The Government has previously proposed replacing the Human Rights Act, with a British Bill of Rights. Stonewall doesn’t agree with that idea. The Human Rights Act 1998 gives us all the certainty that our rights as citizens are protected and any changes could undermine those rights.

We believe whatever future we forge must have the Human Rights Act as part of it.

Like so many others, we were pleased when the Government announced its plans to amend or change the Act won’t go ahead until the Brexit process is complete. But we believe whatever future we forge must have the Human Rights Act as part of it. So, we’re going to continue to campaign for the Government to drop these plans altogether, so we can all look forward to celebrating the Act’s 25th, 50th and 100th birthdays, and the many ways it will continue to ensure everyone in this country has the right to live as free and equal citizens.

But for now, from everyone here at Stonewall, we want to wish the UK’s Human Rights Act a very happy 20th birthday! 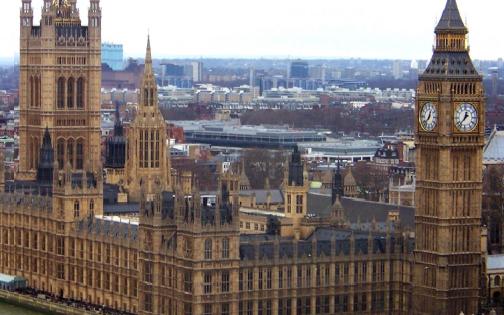 Crucial next steps for Brexit and LGBT rights