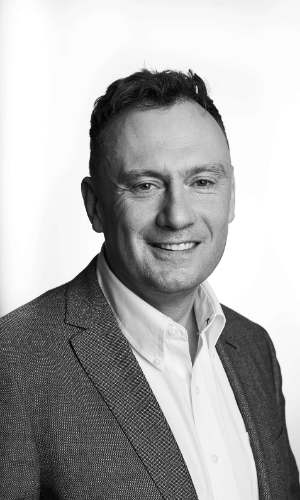 'Engaging with Civil Society has to be a key part of any action we take to tackle LGBT+ discrimination in the public sphere. Especially when it comes to challenging governments, we all need to work together to effect change.

We might not be successful every time, but even if we’re defeated in the courts we must keep trying. There will come a time where we do succeed, so it’s vital that we keep pushing and preparing. Then, when the next challenge comes, we can face it head-on', Igor Ostrowski, Global Co-Chair of Technology, Media and Communications, Dentons.

We are delighted to recognise Igor Ostrowski as Stonewall’s Global Senior Leader of the year. Igor worked as one of the funders, co-organisers and lobbyists of a legal action against Gazeta Polska, a major Polish newspaper which distributed ‘LGBT+-free Zone’ stickers in cities across the country. Igor's instrumental role in filing the action against Gazeta Polska resulted in the court ruling the same day that the ‘LGBT+-free Zone’ stickers must be removed from circulation immediately.

A key part of Igor’s work involved consulting with one of Poland’s most prominent LGBT organisations, Love Does Not Exclude (Stowarzyszenie Miłość Nie Wyklucza). He also has an in-depth understanding of how Gazeta Polska's discriminatory initiatives have affected the Polish LGBT+ community, along with how best to oppose the initiatives in court. This case highlighted to the rest of the world that the LGBT+ community in Poland has been facing increasing hostility, discrimination and violence over preceding months. As a result, global business and the global LGBT community have responded vocally, expressing their horror at state and non-state inflicted harm and their overwhelming support for the Polish LGBT+ community.