Today marks Trans Day of Remembrance (TDOR), the annual day in which trans communities mourn those lost to violence.

Started as an early internet-based campaign in 1999 by Gwendolyn Ann Smith to bring attention to the still-unsolved murder of Black trans woman Rita Hester in the United States, TDOR has since spread across the world.

While the violence, murder, and systematic neglect of trans people is something experienced in nearly every corner of the world – including the UK this year, where Black trans woman Naomi Hersi was murdered in London in March – the global statistics show us that some communities are more at risk than others. Trans people of colour, particularly women, bear the overwhelming brunt of fatal violence globally. The situation is especially alarming in Brazil, which saw 167 trans people reported murdered in the past year alone, according to the Trans Murder Monitoring Project.

Following a highly contentious election, Brazil is currently experiencing political polarisation which has led to increased violence against LGBT people and Afro-Brazilian religious communities. The election of Jair Bolsonaro, a man who has openly stated he would rather his son die than be gay and has also claimed to be pro-torture, has many worried about the survival of the already marginalised trans communities in Brazil.

Stonewall released a statement in response to his election, and we’re currently speaking with groups as we develop our response. As part of this work, and in recognition of TDOR, we asked two leading trans activists there to find out more about the context in the country, and how the international LGBT community can best support them.

Trans people in Brazil live in a context of total abandonment by a society that attacks and kills us.

Indianare Siqueira, a trans woman activist and politician in Rio de Janeiro, explained, “Trans people in Brazil live in a context of total abandonment by a society that attacks and kills us.” She highlighted the lack of legal protection and policies, saying “the Government does not have public policies including us and also mechanisms through Government departments that protect us."

“As you all know, the numbers show that Brazil has in the past eight years has killed more than 800 trans people, which makes our country the most lethal country for trans people,” said Alessandra Ramos, a leading activist in Rio. “The situation has been particularly hard for us because we are going through a period of political turmoil by the elections and the whole process of candidacy of the now new-president Jair Bolsonaro.”

“We are also afraid because there are some projects that would mean some setbacks for the trans community in Brazil.” Ramos explained that there are policies going before Congress that “have to do with the definition of gender and have to do with what names trans people can call themselves in public services, in public hospitals, and in all the public administration, which is a law already of the Brazilian federal government.”

Emboldened by Bolsonaro’s election, “they want to suspend that through a law decree given by the National Congress directly to the presidency. And also the President himself can undo all those internal acts promoted by the executive power. This would mean a symbolic loss and it would be terrible. Social movements are trying to denounce this and we are trying to protect our transgender people by urging them to go and change their names and documents so they won’t be unprotected if that ever occurs.”

Cases of violence against LGBT people have grown, especially cases against trans women.

This pushback against trans people’s legal name and gender changes is being felt in many countries around the world, including here in Britain where proposed reform of the Gender Recognition Act has been met with daily articles questioning trans people’s right to exist. “Cases of violence against LGBT people have grown, especially cases against trans women,” Ramos went on. “We have noticed at least four trans women who were murdered in 2018 were directly linked to Bolsonaro’s partisans. They felt entitled to produce violence in the name of Bolsonaro because they shared the same values Bolsonaro was endorsing in his campaign.”

Ramos also highlighted the role racism plays in violence against trans women. “If you observe the aspects of colour and race, that manifestation of violence becomes a lot more violent. So you have the white LGBTs who have suffered also assaults, and violence and attacks – verbal, physical, psychological – but if you observe by the colour of their skin or if they are trans, the violence is much more cruel.”

“We also have a big number of trans people who practice prostitution on the streets and in their houses, which is a danger because they are publicly exposed.” The Trans Murder Monitoring Project noted that, of those whose professions were known, 62% of murdered trans people this year worked as sex workers.

The urgent need for places of refuge was highlighted by Ms. Siqueira. “Welcome and escape routes for activists who need to leave,” she said. “[The international communities needs to] create places of support where we can send LGBTI people who need to leave Brazil.”

Ramos concurred that exit strategies and asylum for trans activists may be necessary. She told us, “First of all, keep an eye on Brazil. Establish help to send some of the trans community funds, and in some extreme cases we may need lawyers and legal protection and getting away from the country if necessary.”

She went on to urge us to denounce, “that situation, the killing of those four women, the cases of violence that have happened in Brazil, the killing of Black trans women and trans women from the North East of Brazil. Calling attention to trans rights and pressing the Brazilian government all the time.”

Another form of help Ramos identified was the need for educational tools to help trans people in Brazil access human rights systems to file complaints. She explained that many of the bigger organisations in Brazil may discriminate against trans people, and that the international community could help by facilitating conversations between trans people and NGOs so that trans people’s complaints will be taken more seriously.

While trans communities in Brazil are keenly aware of the heightened danger Bolsonaro’s election brings them, they are also organising to push back the tide of anti-LGBT sentiment in their country. “With Bolsonaro all our struggles will suffer setbacks and we will have to resist as in the 80s/90s,” Siqueira told us. “The community has held meetings to reorganize everything and the way we are going to face it.”

Now more than ever the international LGBT community must keep a careful eye on our siblings in Brazil.

Much is up in the air as Brazil prepares for Bolsonaro to take office, and now more than ever the international LGBT community must keep a careful eye on our siblings in Brazil. As Stonewall’s International Programmes Manager, Claire House, has written, “We have an opportunity in the countdown to Bolsonaro’s inauguration on January 1, 2019 to ensure our voices are heard, and stand in solidarity with LGBT people in Brazil. Watch this space.” 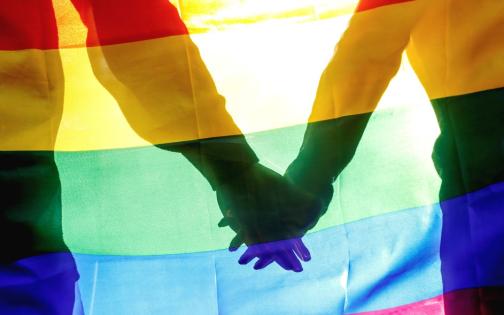 Brazilian election: what does it mean for the LGBT community? 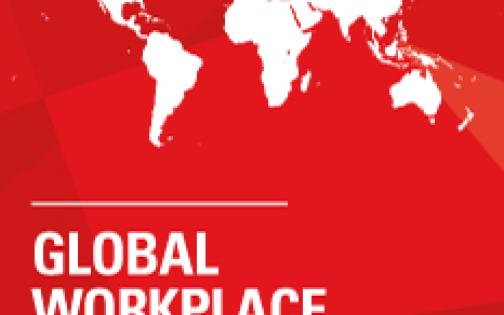 A Vision for Change